They say the way to stop time is kissing. She stood under the shower, warm water streaming down her face, and she imagined their wedding. A Hollywood themed wedding, with R.S.V.P. cards that looked like theater tickets, guests arriving on a red carpet and metal film reels for centerpieces. He loved movies, she thought.

She tried his last name on. Could work.

Of course, there would be no wedding. She had no interest in getting married again. But she imagined it, just because. Because she’s a woman. She did this with everyone she dated; tried on their last name. She just did.

Not with the redhead. There wouldn’t be any wedding, real or imagined. Because he was already married. She knew she should feel bad about dating a man who was committed, but she didn’t. She just didn’t. 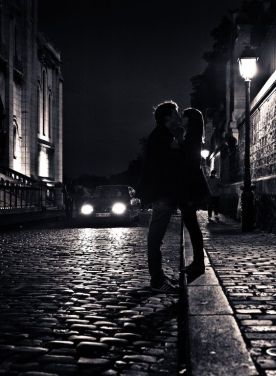 She’d known him fifteen years. He was barely twenty-one years old when he arrived from a small farm town in another country. They sat across from each other on the frigid concrete floor in a dim locker room in snowy Pennsylvania, and he averted his eyes, polite, but intimidated. They faced each other around the ring, meeting the first time as fighters, and later as lovers.

He remembered what she’d worn that night.

She walked through the entrance and the host pointed to his table without asking who she was meeting. He embraced and kissed her, then she slid into a seat, once again sitting across from him. Now he was a man, with the confidence of someone who had been through the rigors of life and ended up on top.

She studied his face, which was no longer familiar. He looked like the professional athlete and fighter he’d become. His thick, muscular physique was covered in tattoos and his nose looked like it had been broken more than once. His unruly auburn hair was shaved into a punk style and he was attractive in an unconventional way. He looked like he stepped off the set of Vikings. They had common views and values, yet he knew little about her. None of the deep stuff. None of the illness. None of the things she struggled with. And that was fine. He was a fun distraction. It was genuinely light. After the heavy mess she’d gone through the year before, something sweet was welcome.

She rarely connected with people, but something felt right about him and she didn’t know what it was. They were cut from the same cloth – that’s how the host knew. He was familiar. They knew all the same people, they traveled all the same paths. He felt a little like home.

He made her feel things she hadn’t felt in a long time. Elated, euphoric. When he texted, which was frequently, she smiled. He was there as much as the other wasn’t. He was warm, sensual and animalistic. It wasn’t mental with him, it was physical.

She wanted to rip his clothes off and bite him, feel him pressed against her. He told her his dreams of her, how he couldn’t wait to see her in a few days, he wished he could fast forward.

She had never been attracted to vapid or stupid, no matter how pretty a package it was wrapped in.  He was bright, not afraid to say exactly what was on his mind or ask for what he wanted. They never ran out of things to talk about, but there were no profoundly deep conversations. An avid reader, he asked about her writing, which fascinated him. He didn’t probe for more about her life, and she was grateful. He texted to say he was thinking of her, morning, noon and night.

I’m into you, he said. I like being with you, around you. You’re easy to talk to. I want this to keep going…if you’re OK with it. I knew we’d be right. I haven’t been wrong yet.

He will never be mine, nor me his. It’s fleeting. Safe. I know exactly where I stand with him. He was honest; never afraid to say how he felt, never holding back. They agreed to that from the start, brutal honesty. He traveled distance to be with her, driving several hours after a day rife with flights, appearances and filming.

It was temporary. Dangerous. Was it the illicit element? Living in the moment?

When he stopped on the street lit sidewalk on that first chilly night and pulled her into him, people stepped around them or stared as he wrapped his hands in her hair, his lips on hers, and neither of them cared.

Maybe eight minutes passed. Maybe thirty. He pressed her against the brick building, and with his hand still wrapped in her hair, he pulled her head back and his full lips were on her jaw bone, down her neck…he came back up, parted her lips with his, and bit one, holding it gently with his teeth. His blue eyes crinkled at the corners as he grinned devilishly down at her. It was an audition. An invitation. He never once touched her anywhere else.  He didn’t have to. This is what I can do for you…if you let me. The glow of the street lamps glinted off his dark ginger beard as they sized each other up.  He brought her hand to his warm lips and kissed it softly, then tucked her arm under his for the remainder of the stroll. He wasn’t wearing his wedding ring. It wouldn’t have mattered if he was. She already knew the answer, and so did he.

There it was. That ever-pervasive drug, her drug of choice — hypomania — seeping its way back into her life again. It pulsed through her veins, splashing vibrant hues of color to her world, as time stood still. 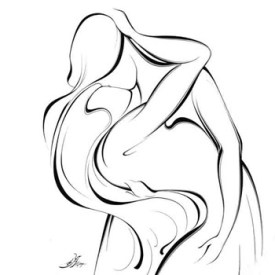